Why Lithium, why Europe?

Due to the ever increasingly important role lithium ion batteries play in the transport and energy sectors, lithium was classified as a 'Critical Raw Material' by the European Commission in September 2020.

The European Commission estimates that the EU will need 18 times more lithium in 2030 than it consumed in 2020, and 60 more times by 2050. With domestic battery manufacturing forecast to reach 800GW in Europe and the EU currently wholly reliant on imported battery-grade lithium raw material in an increasingly competitive global market, now is time for responsible production from Europe's own lithium resources.

By responsibly producing lithium raw material from its Barroso Lithium Project in Portugal and commiting to minimise its carbon footprint, Savannah is set to be a key player in Europe's new lithium value chain, vital to the region's energy transition and climate change goals.

Continuing strong outlook for #lithium with pre-auction sale of a 5.5% lithia basis cargo by Pilbara Minerals at USD$6,350/dmt equating to an approximate price of USD$7,017/dmt on a SC6.0 CIF China basis after adjustments. 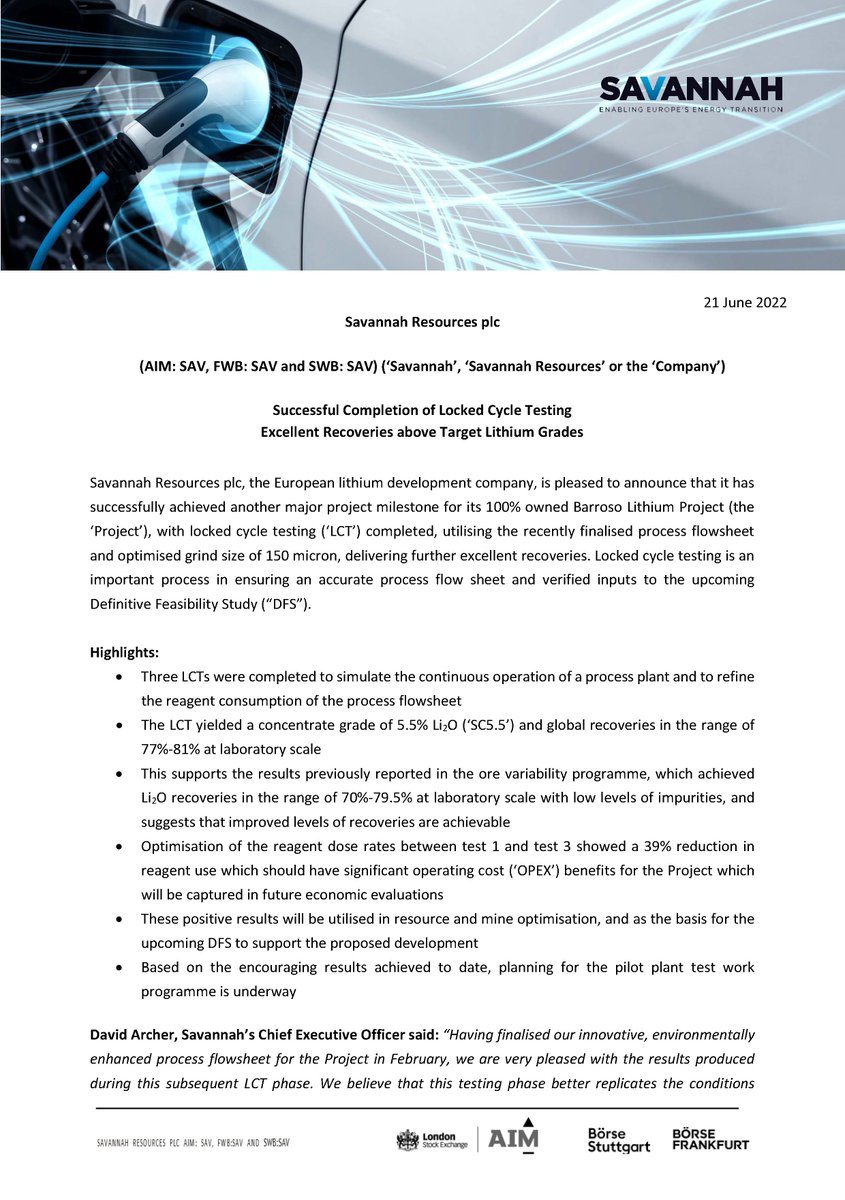 Savannah's Board and management team are focused on generating shareholder value and bringing long-term benefits to stakeholders through responsible mineral resource development.

Savannah recognises the importance of sound environmental, social and corporate governance commensurate with the size and nature of the Company and the interests of its stakeholders. For these reasons, whilst conducting its business worldwide, Savannah is committed to developing and maintaining a culture of integrity, and high standards across health and safety management, social responsibility, and environmental awareness and protection.